Coccolithophorids (Class Haptophyceae) are single-celled marine algae, distinguished from other phytoplankton by an external covering of calcite scales, or coccoliths. Their life cycle typically consists of an alternation of generations between a diploid phase usually bearing heterococcoliths (coccoliths of complex crystalline structure) and a haploid phase which is either uncalcified or bearing holococcoliths (coccoliths of relatively simple crystalline structure). In the naming of species, the phase of the cell is often designated by including either the term HET (heterococcolithophore) or HOL (holococcolithophore).  Before life histories were understood, different names were often given to the separate phases of a single species. These “traditional” names often appear in the literature. 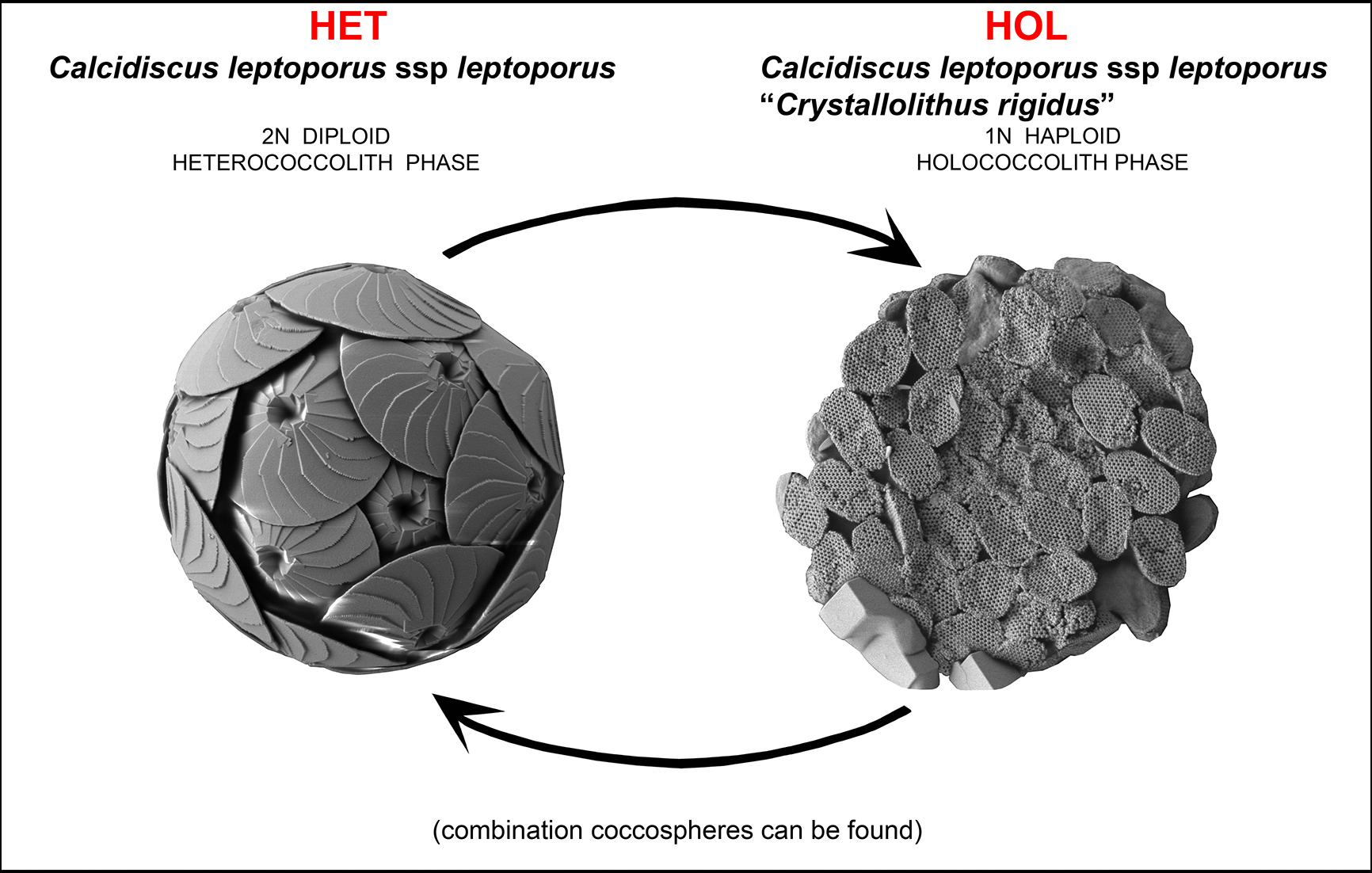 Cells are generally < 10 µm long in their greatest dimension and can vary in shape from spherical, ovoid, elongate cylinders to spindle-shaped. Coccolithophore identification is primarily based on the structure and crystallography of the coccoliths, with little information needed about the living cell.

Coccolithophorids are important in the Southern Ocean food webs particularly because they function as a major sink of carbon dioxide and as a source of carbonate in the oceans. Their calcareous nature makes them potentially useful as tools for monitoring changes in ocean acidity.

64 coccolithophorids are included in our Lucid® interactive key to enable you to identify Antarctic and Southern Ocean  marine coccolithophorids to species or genus level. The key is based on the coccolithophorid chapter (Findlay et al.) of Antarctic Marine Protists (eds. Scott & Marchant, 2005), but also includes species identified along the Astrolabe transect between Tasmania, Australia and Dumont d’Urville, Antarctica.

Most species in our key can be identified through the use of a scanning electron microscope (SEM), but others may require the use of a transmission electron microscope (TEM). Primarily we have used characteristics of ‘size’, ‘shape’ and ‘coccolith morphology’ to separate species. A thumbnail image of each species is included as a “first impression” and in some cases this can lead directly to a successful identification. Further images can be viewed on the factsheets. Images are sourced from Antarctic Marine Protists (eds. Scott & Marchant, 2005) unless otherwise credited.

Taxonomic names are those used in ‘AlgaeBase’ (accessed April 2013).